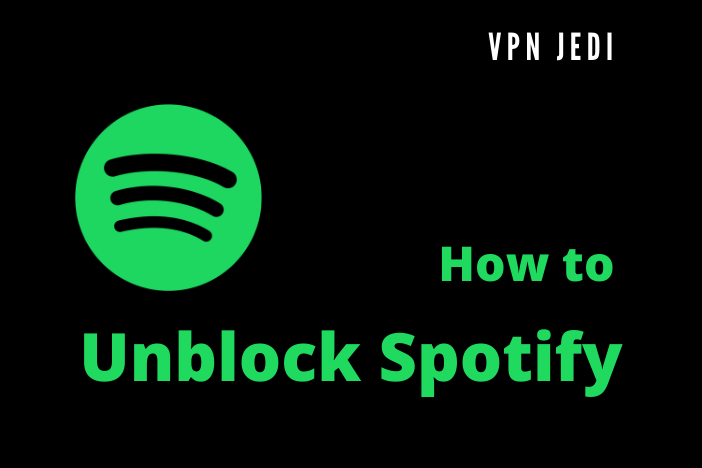 Spotify is perhaps the most premium music streaming platform in the world. It is more often than not the top pick for music lovers because of its simple and easy-to-use platform and the very wide range of music it has available.

However, there is a location restriction or geo-block on the app. This means that music lovers who are outside the regions it covers do not have access to its services.

Geo-blocking is a technology that restricts access to content based on users’ locations. Spotify and many other streaming platforms employ geo-blocks to ensure that they streamline their services in different countries. So what do you do if you live in, or traveling to, a country that is geo-restricted by Spotify?

Well, you may decide to sign up for a Premium account. Or you may download all your music to your device before your trip. But these may not be optimal choices.

Alternatively, you could sign up for a VPN service. With a VPN subscription, you will no longer have to worry about restricted access to all of your favorite music. The top VPNs offer free trials or money-back guarantees, so you can test them risk-free and make your pick from a wide array of options.

Table of Contents show
How do VPNs Unblock Spotify?
The 5 Best VPNs for Unblocking Spotify
Summary

How do VPNs Unblock Spotify?

A Virtual Private Network, or VPN for short, is an app or service which allows you to connect your devices to a remote server via a private and secure tunnel. This tunnel masks or shields your IP address. Consequently, it tricks any observers into thinking you are accessing the internet from a different location.

For example, say you connect your device to a server in a country with unrestricted Spotify coverage.

You will be able to bypass restrictions that would ordinarily have hindered you and will now be able to unblock Spotify on your device. To make this load quicker, it is important to make use of a VPN that comes with high-speed servers and unlimited bandwidth.

In terms of security, it is important to go with a VPN that will offer you advanced data encryption. This will serve to make you anonymous while protecting your data from hackers.

A strict zero-logs policy means that your VPN must not keep any logs or records of your browsing history which could be leaked to third parties. A kill prevents data from leaving your network in cases when your VPN fails due to an interruption.

The 5 Best VPNs for Unblocking Spotify

NordVPN is my pick for the best VPN that you can use to access Spotify from geo-blocked regions. It comes with a huge network of over 5,500 high-speed servers spanning across over 60 countries in the world.

What you can be certain of with NordVPN is speed, excellent security features, the stability of its connections, and an array of extra features that you can customize.

NordVPN is perfect for streaming on Spotify, but you can also use it to unblock other streaming platforms such as Netflix, Hulu, and Amazon Prime. It supports torrenting and P2P sharing.

NordVPN is available on mobile with Android and iOS apps and also has Windows and macOS desktop apps. It works on Android TV, Linux, Chrome, and Firefox.

Another excellent choice for Spotify access is ExpressVPN which comes with a network of over 3000 servers in 94 countries. ExpressVPN enjoys a lot of great reviews from users who are pleased with its blazing speed, security, and reliability.

It comes with a Smart Location feature that automatically picks what would be the fastest server for you, depending on your location.

ExpressVPN offers airtight security with its 256-bit encryption and an array of protocols to choose from. It has an automatic kill switch that blocks internet access if your connection is unstable or interrupted. It also has a strict no-log policy.

ExpressVPN is the fastest VPN on this list, so Spotify users can make use of it without any lag concerns. In fact, it can unblock Netflix, Hulu, Amazon Prime, HBO, and several other popular platforms. ExpressVPN also supports torrenting on all of its servers.

CyberGhost offers its users over 6000 servers in over 90 countries, with servers optimized for streaming.

It’s streaming-optimized servers are labeled, so you know those that work best for different streaming platforms. This eliminates the need to locate them by trial and error. Its filtering system lets you simply pick Spotify and you get connected to an optimum server automatically.

It offers simultaneous access for up to 7 connections on a single account. New users get to test the service risk-free for 45 days. Windows, iOS, and Android users get a one-day free trial.

Surfshark is one of the most popular choices for users who want to access Spotify on their devices. It is a fast, reliable and very budget-friendly service. Surfshark users get to choose from a network of 3200+ servers across 65+ countries.

The servers support torrenting and streaming. I was able to unblock Netflix, BBC iPlayer, HBO, Hulu, Prime Video, and a host of others.

It comes with advanced, military-grade encryption to protect users’ information and identity. There is also a kill switch which freezes all internet connection in such situations as an interruption in the connection.

While other VPNs place a limit on the simultaneous connections you are allowed, Surfshark is generous. You are allowed to connect an unlimited number of devices at the same time on one account.

Surfshark is available on Android and iOS for mobile and Windows and macOS for desktop users. New users get a 30-day money-back guarantee, and IOS users get a 7-day free trial.

PrivateVPN is budget-friendly and offers its subscribers a smooth, secure, and private connection on its 100 servers spanning 59 countries. Obviously, PrivateVPN has the smallest network of servers on the list, but it makes up for that with its top-notch and advanced privacy and security features.

Apart from Spotify, it can unblock Netflix, Hulu, HBO, Amazon Prime Video. In addition, it supports P2P sharing on all of its servers.

PrivateVPN is available on all popular operating systems. Subscribers can get up to 6 simultaneous connections on their devices on a single subscription.

New users are offered a 7-day free trial and get a 30-day money-back guarantee.

In conclusion, with a subscription to any of the VPN services recommended, such as NordVPN you can easily bypass geo-block restrictions to unblock Spotify to enjoy your favorite music.