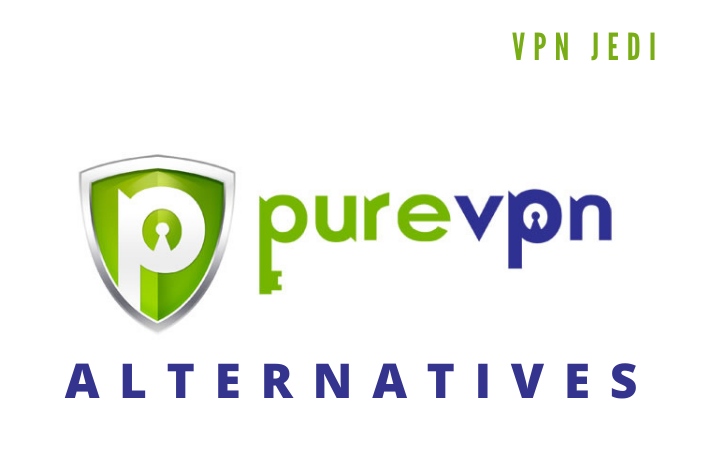 PureVPN has enjoyed popularity and a high reputation for several years since it came into the industry in 2007. It offers features expected from a top VPN – a wide network of servers, advanced encryption, and competent customer support. It also has support for torrent, compatibility with a lot of platforms, IPv6/DNS leak protection, extras like split tunneling.

That reputation took a beating a few years ago with speculation and accusations arising that PureVPN actually keeps user logs. This stemmed from a criminal investigation case, in which a user was arrested.

Apparently, PureVPN provided an IP address to the FBI on request, leading to the arrest of a cyber-stalker. Consequently, this led a lot of its users to question just how anonymous they really were, using PureVPN.

What was especially damning was the FBI’s statement, an excerpt of which states: “Further, records from PureVPN show that the same email accounts – Lin’s Gmail account and the teleprtfx Gmail account – were accessed from the same WANSecurity IP address.”

Now, law enforcement authorities demanding user-identifying data from VPNs is not exactly a recent development. But VPN subscribers want to be able to trust their providers. It is one thing cooperating with the police to arrest a stalker but seeing as PureVPN is a global company, you can see why users in countries trying to bypass censorship, for example, may become paranoid.

PureVPN was not long in issuing a public disclaimer in a bid to “set the record straight”. It has also updated its privacy policies and has since carried out an independent audit of its servers. Notwithstanding, as expected, there has been a drop in trust for the anonymity this VPN claims it provides its users.

The security audit was carried out by Altius IT, a security firm based in the United States. PureVPN said the audit was to examine its servers and to confirm, or not, whether it had at any point in time stored user-identifying connection logs.

The results of the security audit were never made public but are available to PureVPN users and publishers on demand. It confirms that the auditing firm Altius IT, “did not find any evidence of system configurations and/or system/service log files that independently, or collectively, could lead to identifying a specific person and/or the person’s identity when using the PureVPN service.”

This certainly looks like vindication on the surface, but it is not much else. PureVPN did not commission Altius IT to audit its privacy and security systems surrounding the servers that it uses but does not own.

Additionally, there are reports that there have been DNS leaks while using PureVPN. These reports are unsubstantiated so far. But to more than a few stakeholders, PureVPN no longer holds an unblemished privacy and security record.

With that in mind, you may be seeking competent alternatives with impeccable track records to replace PureVPN. I’ve made just the list for you.

What PureVPN Alternatives Must Offer

Privacy is not something any VPN user wants to compromise on. Subscribers want to know that their VPN routes their traffic through a secure and anonymous tunnel. They want to be certain that their internet activities cannot be tracked or traced back to them.

Therefore, a VPN’s no-log policy must be strictly adhered to. User and connection logs must not be stored at all, never mind being handed over to authorities who demand them.

Additionally, an alternative VPN must have other features premium security features and wide-spread and reliable servers. It must offer fast connection speeds, compatibility to a variety of devices, and excellent customer care.

NordVPN is widely regarded as one of the best VPN services in the industry, and with good reason. With a nice blend of high-speed servers and advanced security features, they have so far kept a faultless track record.

You get to choose from its wide network of over 5,500 servers spread across the world. You get blazing fast speeds connecting to the internet through these servers which are optimized activities such as streaming and torrenting.

With NordVPN, you can bypass geo-block restrictions even in countries such as China and Russia. You can get access to streaming libraries on such platforms like Netflix, HBO, Amazon Prime Video. BBC iPlayer and several others.

You can be guaranteed your data stays private with NordVPN. It offers top-of-the-line security features such as the AES 256-bit data encryption, with several protocols to choose from. Double VPN, an automatic kill switch, anti-DDoS, leak protection, and many others.

The zero-logs policy is strict, and so far there has been no reason to doubt its authenticity, unlike with PureVPN.

NordVPN offers new users a 30-day money back guarantee, to try out its services.

Where ExpressVPN excels the most is in the speed of its connections, and it outpaces its rivals in that regard. With more than 3000 lightning-fast servers, you can be certain of streaming and downloading content without lags or buffering.

Throw in the ease it bypasses geo-blocks and censorships, and this VPN is certainly worth what you pay for it.

ExpressVPN’s speeds do not mean that it compromises security. After all, with an alternative to PureVPN, you want a VPN that will keep your data and privacy just how it should be – entirely safe and anonymous.

With advanced 256-bit encryption, a kill switch, DNS/IPv6 leak protection, and a strict no-logs policy, your privacy is guaranteed. You also get great extra features like split-tunneling. ExpressVPN’s headquarters is in the British Virgin Islands, which has no data retention laws.

To try out this VPN, you may decide to take advantage of its 30-day money-back guarantee. There is a 7 –day trial available for mobile users. For all inquiries and complaints, you can reach it on its 24/7 customer support.

Another great alternative to PureVPN is CyberGhost. Although it is renowned for its ability to bypass geo-restrictions, that is not all there is to this VPN.

CyberGhost is based in Romania, outside of data retention and demanding jurisdictions, but what is even more reassuring is the transparency report that it publishes quarterly. This report shows just how many requests it gets from law enforcement authorities for user information.

You can also count on CyberGhost to protect your data and identity with its AES 256-bit encryption. It has the OpenVPN protocol, automatic kill switch, and verified zero-logging.

CyberGhost’s network of servers is vast. There are over 6000 servers to choose from in over 90 countries across the world. Its servers can bypass blocks and stream content in such platforms as Netflix, ESPN, Sky Go, and BBC iPlayer.

It comes with a clean, easy-to-use user interface, and so it is a great option for newbies.

New mobile users are offered a 7-day trial to test it out for free. An industry-leading 45-day money-back guarantee is available for new users on all platforms.

Private Internet Access is also headquartered in the United States of America, a prominent 5 Eyes jurisdiction. It runs a strict zero-logs policy, a claim that it has proven in court multiple times.

In 2018, investigations stemming from a hacking trial in a San Jose Federal court showed PIA’s insistence that they don’t store user-identifying information is not unfounded.

All demands for user logs by authorities have been rebuffed, as they don’t even have access to any.

PIA offers top-notch security features. Its encryption is set to AES 128-bit by default, but users can switch to the more-secure 256-bit encryption. It comes with a variety of protocols to choose from, including OpenVPN and WireGuard. For extra security, you get an automatic kill switch and DNS and IPv6 leak protection.

Private Internet Access is compatible with Windows, Linux, macOS, iOS and Android. Users can connect up to 10 devices on one subscription simultaneously.

It has a 30-day money-back guarantee so you can test it out risk-free.

PrivateVPN runs a small network of servers with only 150+, but it has a lot to offer when it comes to privacy and privacy. Not the least of this being that it controls all of its servers.

It is based in Sweden, and thus falls under the 14 Eyes jurisdiction. Nevertheless, it has a strict no-logs policy which it enforces to guarantee user anonymity.

PrivateVPN is a budget VPN, offering affordable pricing. But it does not skimp on security. Your traffic gets protected with advanced 256-bit AES encryption with OpenVPN and IKEv2 protocol support. It has a kill switch to protect against data leaks when there is an interruption in the connection.

In spite of its small network of servers, you get high-speed connection speeds. PrivateVPN is capable of unblocking Netflix, Amazon Prime Video, Disney+, and BBC iPlayer. Unfortunately, it does not have around-the-clock customer support.

You get a 30-day, risk-free money back guarantee if you decide to try this VPN service out.

Should I care about my logs getting stored?

Your concern for the privacy of your data should not only be centered around the legality, or not, of your online activities.

Your data may be sold for a profit so that ads can be pushed to you, based on your location, and internet activity, and searches.

What is a VPN audit?

A VPN security audit is carried out by independent firms at the request of a VPN provider. Its purpose is to verify the VPN’s claims pertaining to its privacy and security. An audit will check to see if for example, a VPN with a strict no-logs policy stores connection logs regardless, which may be used to identify and track its users.

PureVPN has lots of great features, and for a long time it was regarded as a VPN to trust to ensure internet privacy. That is, until it was revealed that it actual kept logs.

If you are on the lookout for suitable alternatives to PureVPN that will guarantee your security and privacy, then you’re at the right place. The options on this list provide top-of-the-line privacy features, including strict no-logs policies.

My top pick is NordVPN, and you really cannot do better.