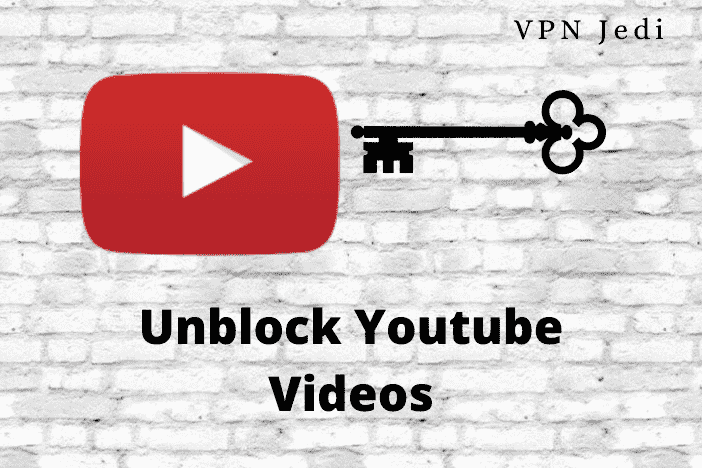 YouTube is by far the largest reservoir of videos in the world. On average, over 500 hours of video are uploaded on the site every single minute. More than one billion hours of video are viewed every day. This is more than on Facebook Video and Netflix combined. It is also the second-largest social media platform, with more than two billion logged-in monthly users.

In spite of its size and the variety of videos available on YouTube, it is not always possible to watch the videos you want to see, for a few reasons.

YouTube actually blocks access to some of the videos uploaded on its site to people living outside of certain countries or regions. This is called geo-blocking. For example, a video that is bound by licensing rights exclusively to the United States will ordinary not be available for viewing by YouTube users living in the United Kingdom.

Government censorship may also play a part in YouTube being unavailable in some regions. Countries like China, Iran, North Korea, and Syria have national bans on YouTube. This means that if you reside in these countries or there on a visit, you will not be able to access the website to watch any videos.

Finally, YouTube may be blocked more locally in schools and places of work. This is a restriction placed on the site using firewalls to prevent losses in concentration and decreased productivity by students and workers.

Reason notwithstanding, it can be very frustrating seeing an Error message when you try to log on to YouTube. Fortunately, there are ways to bypass these blocks. Let’s go.

Table of Contents show
How to Unblock YouTube Videos
Summary

The safest and easiest way to bypass a YouTube block is by making use of a VPN. A VPN, or Virtual Private Network, is a private network that encrypts and transmits data on the internet as it travels from one place to another.

VPNs create an encrypted tunnel between your device and a remote server, which is operated by the VPN. All of your internet traffic is then shunted through that encrypted tunnel, keeping it masked and secure from detection.

VPNs are effective at bypassing geo-blocks and government censorships. They can also easily bypass firewalls placed to restrict YouTube usage in schools and offices.

When you connect to a VPN server, you are assigned an IP based on the location of that server. This assigned IP tricks YouTube geo-block and censorship technology into thinking that you are accessing the site from that server. As a result, you will be automatically unblocked.

Additionally, all of your data is encrypted by the VPN, making it impossible for the network administrators to detect your internet activity. Since they cannot see that you are on YouTube, there can be no restriction placed on your usage of the site.

Unblocking YouTube with a VPN is easy. All you need to do is:

Similar to a VPN, a proxy routes your internet traffic through a secure server, effectively making it seem like you are based in another location.

A proxy is less secure than a VPN though, as it does not encrypt your data. This may potentially leave you exposed to prying eyes. Using a proxy to bypass government censorship is not recommended.

As your data is not encrypted, censorship technology and your ISP are able to snoop in your internet activity and see what sites you are on. For accessing YouTube videos behind a firewall or geo-restriction, it works just fine.

There are various ways you can unblock YouTube using a proxy. You may decide to make use of a proxy website, for example. There are quite a number of these websites such as proxysite, kproxy, and croxyproxy. The process is quite easy. Simply go on any of these sites, type in the YouTube URL, and you can connect unrestricted.

Instead of a proxy website, you may alternatively decide to make use of a browser add-on. Some browsers like Firefox and Chrome will let you use proxies in the form of extensions. There are several to choose from and such as FoxyProxy Standard for Firefox and SmartProxy for Chrome.

This is a pretty straightforward trick for bypassing the firewalls used to block YouTube in schools and offices. The websites that network administrators block go into a blacklist. The sites in this blacklist are specific to the URL used to restrict them. All you need to do is modify the URL in a way that will still let the YouTube page load.

For example, if the URL that has been blocked is http://www.youtubecom, simply attaching an “s” to the URL like so – https://www.youtube.com – will unblock the site if that has also not been blacklisted.

While this is an easy technique, it is very hit and miss. Chances are that it may not work.

Tor is short for The Onion Router and is an internet communication method for enabling online anonymity. It blocks surveillance by veiling the actual identity of the user. The name refers both to the network and the open-source browser that facilitates it.

It allows users to access the internet privately by creating multiple layers of encryption, kind of like an onion. A user’s data is encrypted, and it is then routed through different random relays that are present in the Tor network. Layers of data are decrypted at successive relays until they arrive at the destination server.

With Tor and the Tor browser, your online identity is disguised as soon as you can log on to YouTube. You can access blocked videos without being detected by firewalls, geo-blocks, and government censorships.

The downside to using Tor for accessing YouTube is that it is not optimal for streaming videos. Tor is really slow because your data has to travel through several relays before arriving at its destination. As a result, it is likely that you experience lags and buffering as you stream on YouTube.

Another neat trick that can help you to bypass a local firewall is using Google Translate. Sounds weird right? It is really quite simple though.

Google Translate is very unlikely to be blocked in your office or school as it provides a useful service. All you need to do is type in the YouTube URL into Translate, select a language you want, and hit Translate. The YouTube page loaded will be in the language you selected. You can then use the “Translate this page” button to change it back to English.

This hack will work on YouTube and many other blocked websites. Don’t expect it to work on Netflix, Amazon Prime Player, or Spotify, though. You would be much better off using a VPN.

The last resort is downloading the YouTube videos directly to your device. There are several sites that allow you to download a YouTube video without needing to stream it online.

All you need do is to copy the URL of the video and paste it into the search box on the site. Choose the video quality you prefer and download. This way, you can save videos that are blocked in your location to your computer or mobile device.

The YouTube page or particular videos may be blocked to you or your location. With these techniques, you can bypass these restrictions to unblock YoutTube and access these videos.

While most of the methods discussed have limitations, a VPN ticks all of the right boxes. It will allow you to evade firewalls, censorship, and geo-restrictions safely and privately.

You can try NordVPN’s service out and see for yourself how effective it is.