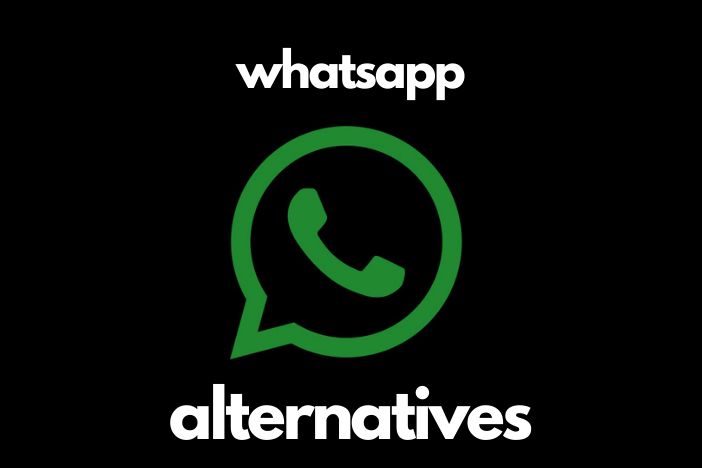 Recently, there has been a public outcry concerning WhatsApp’s perceived breach of privacy. This clamor has resulted in millions of people actively seeking new alternatives to WhatsApp that can guarantee their privacy.

Today, WhatsApp is almost synonymous with instant messaging in most countries around the world. The app has grown in leaps and bounds since it was released in 2009. It is now used by more than 2 billion people worldwide.

WhatsApp was purchased by Mark Zuckerberg, the owner of Facebook, in 2014. That acquisition brought it to the larger stage and is in part responsible for its immense popularity. On the flip side, it has also resulted in a rise in privacy and security concerns, considering Facebook’s reputation as a relentless intruder.

While WhatsApp insists it is autonomous and separate, Facebook’s long history with security breaches, data theft, and leaks leaves users and experts wary about just how much they can trust WhatsApp with the privacy of their messages and media.

What has led to the public outcry against WhatsApp, you may be wondering. While it has been so massive that it has sent the giant messaging app reeling and revising proposed policies, the details may still be sketchy for some.

Well, WhatsApp released details of a change in their Terms of Service in early 2021. The new policy was originally to become official by February 8th, 2021. The changes were made public, and the interpretation of it by experts was met with a fierce backlash.

Apparently, the new conditions would have had WhatsApp users being forced to agree to allow WhatsApp to share their data with Facebook, its parent company. Using an in-app alert, WhatsApp asked its users to agree to the new policy by Feb 8, if they intended to keep using the messaging app.

The wave of misinformation that followed listed sensitive data from phone numbers to status data and even messages. This was not helped by WhatsApp’s initial poor handling of the information dissemination.

WhatsApp has since delayed the enforcement of the policy, pushing the date back to May 15. It has also repeatedly sought to clarify the changes in the Terms of Service.

According to a blog post it put out, “With these updates, none of that is changing. Instead, the update includes new options people will have to message a business on WhatsApp and provide further transparency about how we collect and use data.”

The damage has already largely been done. WhatsApp is no longer trusted by millions of users to ensure their data will be safe, and private.

It was not helped by WhatsApp group links and user profiles appearing in Google search results. This flaw can result in private group chats becoming discoverable by just about anybody.

Signal has been the biggest beneficiary of the backlash WhatsApp received for its policy change. In just a couple of weeks after the policy went viral, the Signal app received several million downloads.

Signal is very user-friendly and is entirely free to use, offering instant messaging, VoIP, and video calls, just like WhatsApp. It is an open-source platform, and so developers around the world can access its source code, to test and review it for bugs and loopholes.

What it excels in is its security features. It offers end-to-end encryption, so all of your messages are entirely private and cannot be accessed by snoopers. The app offers extended protection against MITM attacks.

It uses the SSL/TLS protocols and does not store any user logs on its servers. You can set a timer to allow messages to delete themselves. Unlike WhatsApp, you get to decide whether or not you give access to your contact list.

Signal has apps for Android and iOS, and can be used on your desktop.

Telegram is a highly popular alternative to WhatsApp, boasting more than 400 million monthly active users in 2020. Like Signal, it has experienced an upsurge in downloads since WhatsApp’s unfortunate policy change. Telegram is an open-source project and is completely free to use.

It offers end-to-end encryption for your voice and video calls and messaging. Encryption for messaging has to be turned on by the user though, leading to some criticism. Telegram is also cloud-based. This means the messages, texts, and files you receive are not stored on your phone unless you download them manually.

Telegram users do not need to make use of a phone number to contact and chat with other people. Instead, everybody has a username.

Telegram offers a ton of unique features, including customization, public channels, supergroups, and cloud storage. It also has games and bots, which make for an enhanced user experience. You can schedule messages to be deleted as with Signal, which can be a very handy privacy feature.

If you are serious about your security and privacy while chatting, then Threema will excite you. It is a messaging app that promises it is ‘seriously secure’ and it shows this in several ways.

For one, it provides end-to-end encryption for your private and group messages, voice calls, and shared files. This means that only you, the sender, and your message recipient can access and read your sent posts.

In addition, it does not collect metadata and there are various options for the encrypted backup. Group messages and files and contacts are saved on your phone’s storage, not on the application. You can password or fingerprint protect your messages, and hide them if you want.

Unlike WhatsApp, users are not obliged to make use of a phone number. Instead, they can use a Threema ID, an 8-digit number. They can also leave Likes on messages they find interesting, funny, or approve of.

Threema is an open source project, but it is not free of charge to use. Pricing starts at $1.57/mo.

Wire comes with a beautiful user interface, making it stand out from most other messaging apps. It is an open-source project and offers a choice between free personal accounts and premium plans for business accounts. Wire lets you format text as you can in Telegram.

Headquartered in Germany, Wire is protected by European data retention laws. It provides end-to-end encryption, so your messages and data files are encrypted from when you send them until they reach the recipient. You can also schedule messages to delete, and can actually delete your sent messages from the recipient’s end.

There is a bunch of extra handy features on Wire, including group video calls for up to 10 people. This feature is excellent for meetings and communicating with family. There is an audio filtering feature, and users get multimedia file sharing.

Formerly called Riot.im, Element is available on Windows, macOS, Linux, Android, and IOS, and as a web application. Its desktop app has a very clean user interface. Element is free and open-source, allowing developers to analyze its code and work to create extra features and bots to make the app even safer to use.

Element supports end-to-end encryption for messages. It implements the Matrix protocol, allowing bridging of other communication into the app such as Telegram, IRC and Slack. Encryption has to be manually enable though. To protect their privacy, users on Element make use of an ID as an alternative to a phone number.

This app is available in several languages. There are public chat rooms available for users to visit and you can create a private chat room.

Wickr Me is a trusted, secure, and private instant messenger. And when I say trusted, just how more trusted can an app get, than to be used by the 82nd Airborne’s Task Force Devil while deployed in the Middle East?

The use of Wickr Me and Signal by this elite team underscores the efforts it employs in guaranteeing user privacy. It uses industry-leading end-to-end encryption. You also get a content shredder, and screenshots cannot be taken on the app.

Users can set the lifespan of a message, allowing it to self-destruct and so leave no trails. Undelivered messages are automatically deleted and not stored on the servers.

Wickr Me also has the functionality and design of a messaging app, so it is not severe in appearance and use. In fact, it comes with a clean interface, is easy to use, and has a basic photo editing feature.

While Whatsapp has vehemently tried to defend the changes to its privacy policy, there is an air of distrust that now hangs over the Facebook-owned messaging app.

I have extensively explored those privacy concerns. For alternatives to WhatsApp that are more privacy-conscious, with features that are geared to ensure your data stays yours, you can try out one of the apps listed above.

If you are reading this, I’m sure privacy is a major concern for you. Why don’t you take a tour of our website? We have all the best guides and recommendations to protect your internet anonymity.