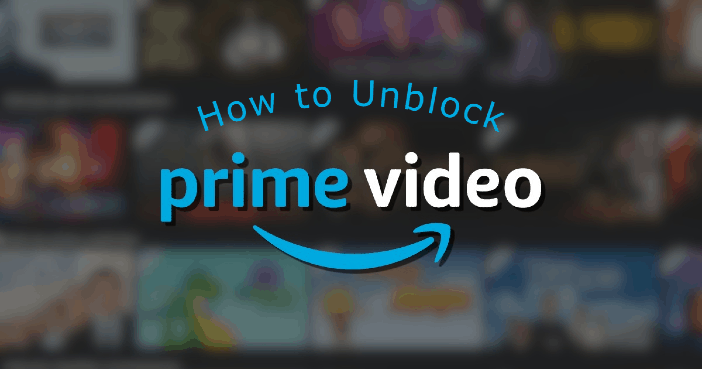 If you’re reading this, chances are that you have attempted to stream content on Amazon Prime Video but received the error message:

This video isn’t available due to geographical licensing restrictions

Amazon Prime Video is one of the most highly rated content streaming platforms in the world. It is home to a very extensive library of movies, TV shows, documentaries, and sports. Just to illustrate how major this platform is, it won the rights to stream the Premier League soccer games for the 2019/2020 season.

But Amazon Prime Video limits the content it allows users to stream, based on their locations. This is called geo-blocking. Geo-blocking tries to ensure that users are forced to only watch the content made available for their country or region.

Like with most other major streaming platforms, Amazon Prime Video offers much more exclusive content to viewers residing in the US and the UK. The content available to those countries are eagerly sought out by viewers from other regions, but without a VPN, they are restricted from accessing them.

Why does Amazon Prime try to make some content exclusive and keep them locked to various regions? The reason is simple. Movie and TV show studios invest up to hundreds of millions in making their content.

With so much at stake, they try to make sure that they recoup as much as they can of their investments. These studios have a common enemy – piracy. To fight this enemy, they get into a copyright licensing agreements with streaming platforms, such as Amazon Prime Video, to only show content in agreed-upon territories.

How to Unblock Amazon Prime Video from Anywhere

To gain access to Amazon Prime Video content that would otherwise be restricted to your region, you must make use of a Virtual Private Network, or VPN. VPNs are not only useful for ensuring your security and anonymity on the internet. They are also employed to bypass geo-restrictions on the internet.

A VPN employs encryption technology to mask your internet traffic. It provides you with an IP address based on the country of the VPN server you connect to. This tricks Amazon Prime Video into thinking that you are streaming from that country, allowing you access to otherwise locked catalogs.

Not all VPNs can help you access geographically restricted Amazon Prime Video content. Most of the major streaming platforms utilize anti-VPN technology to recognize and block VPN providers. Even many of the VPNs that claim to unblock Amazon Prime Video are not able to do so in reality.

To unblock Prime Video, you will require a VPN that a track record of bypassing tough geo-blocks. It must come with speedy and reliable servers to ensure lagless streaming, and strong security and privacy features.

After extensively testing most of the VPN providers in the industry, I have been able to curate a list of the best VPNs that can unblock Amazon Prime Video.

NordVPN is my top pick for the best VPNs for unblocking Amazon Prime Video from anywhere in the world. This very highly rated provider comes with a huge network of over 5,500 high-speed servers spanning across over 60 countries in the world. What you can be certain of with NordVPN is blazing-fast speeds, reliability of its servers, and the array of customizable features it offers.

With the help of a team of testers based in various countries around the world, I tested NordVPN’s ability to unblock Amazon Prime Video and found it to work excellently. A tester based in China was even able to bypass the Great Firewall of China, to stream on Amazon Prime Video US.

SmartPlay is a specially designed feature that combines the benefits of the VPN and the content-blocking powers of SmartDNS to help you easily bypass geo-blocks. It is seamlessly integrated into the NordVPN app, so you don’t need to activate it manually.

You can test NordVPN’s unblocking prowess with its 30-day money-back guarantee offer.

Up next is ExpressVPN, well known for its blazing-fast speeds. With 3000+ high-speed servers spread across 94 countries, you can easily unblock any Amazon Prime Video library of your choice.

ExpressVPN has a handy feature that allows you to stream content on devices with no native VPN support. The MediaStreamer feature works on a variety of devices such as game consoles and TVs.

You can also use ExpressVPN to unblock geo-restrictions on platforms like Netflix, BBC iPlayer, Disney+, HBO GO, and Hulu.

You can take advantage of its 30-day money-back guarantee, to try it out risk free.

You may not find some of the highly customizable features as NordVPN and ExpressVPN, but don’t let that stop you. CyberGhost users can be sure of very high speeds, reliability of their servers, and the security of their traffic.

With a huge network of over 6,800 servers in over 90 countries, CyberGhost has servers optimized for streaming. Specifically, it has a server located in the US that is optimized for Amazon Prime Video. Connecting to that server will guarantee high-speed streaming, with zero lags.

CyberGhost apps are well designed and have user-friendly, intuitive interfaces. They are well suited for VPN newbies. New users can test the service risk-free for 45 days, a generous offer. Windows, iOS, and Android users get a one-day free trial.

Surfshark is ever-growing, and currently has a network of over 3,200 servers in about 65 countries in the world. You can stream on Surfshark in high definition with no lags, due to the quality of its servers, and the fast speeds it offers.

All of Surfshark’s servers based in the US and the UK can unblock access to Amazon Prime Video, but that’s not all. You can also unlock geo-restrictions on several other platforms like Netflix, BBC iPlayer, HBO GO, Hulu, ESPN, and DAZN.

A convenient feature that comes along is the Favorite Servers tool. With this feature, you can tag the servers that you found to be especially good for streaming to bookmark them. That way, you can easily access them whenever you hop on the VPN.

Surfshark allows users to connect simultaneously on a single account to an unlimited number of devices. This is a very generous offer. It makes it a great VPN to share with families with large households and friends.

Unblock all of your favorite content with Surfshark risk-free for 30 days.

A smaller and relatively newer VPN provider compared to the other VPNs on this list, PrivateVPN nevertheless holds its own. With 150+ servers in 60 countries, you can unblock not just Amazon Prime Video, but other streaming services like Netflix, Hulu, BBC iPlayer, Hulu, DAZN, Hotstar, and Disney+.

PrivateVPN’s small server network does not mean it suffers greatly in terms of speed. While not the fastest VPN available, I was able to discover servers that provided blazing-fast speeds. Streaming on PrivateVPN is definitely not a buffer fest.

There is a 30-day money-back guarantee for new users who decide to cancel after subscribing.

But free VPNs are even more limited than that and are not recommended for streaming. They suffer slow speeds and limited bandwidth. Additionally, there is a chance your data is sold to the highest bidder, for profit.

2.     Why do I encounter difficulties unblocking Prime Video with a premium VPN?

Free VPNs may not unblock Amazon Prime Video, but that does not mean all premium VPNs do either. The major streaming platforms like Prime Video use VPN-blocking technology to prevent users from accessing geo-blocked catalogs with their VPNs. Not all premium VPNs are powerful enough to bypass these blocks. Hop on one of the providers I have listed above.

In addition, it is more difficult to bypass geo-restrictions to stream with a smartphone. This is because the streaming platforms not only see your IP address but also your GPS location via your phone. If these do not match, you will be assumed to be using a VPN.

Finally, a VPN may be able to unblock Amazon Prime Video, but that does not mean all of its servers can. If you encounter difficulty unblocking Prime Video with a server of a recommended VPN, switch to another server based in that location.