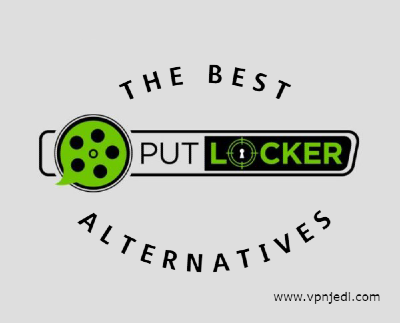 Putlocker is a hugely popular free movie and TV show streaming website. Or it was, before a series of legal issues and shutdowns resulted in its loss of attraction. At the peak of its popularity, Putlocker attracted several hundred thousand daily visitors.

It was a file hosting index website that provided users third-party links to stream their favorite movies and shows. Because it consistently breached copyright regulations, Putlocker was blocked by major internet service providers in several countries.

If you are on the lookout for the best alternatives to Putlocker, which will provide free, safe, and convenient streaming, then you are in luck. Many free streaming websites are booby-traps, with all sorts of nasties like malware and hackers. It is essential that when streaming, you make use of a good VPN.

VPNs keep you private and anonymous and shield your data from potentially getting stolen. In addition, free streaming websites will always be a legally gray area. VPNs hide your identity, which protects you from getting in trouble with the law in case you accidentally flout copyright rules.

My top pick for a premium VPN that covers all bases, offering lightning-fast speed for streaming and a host of other security and extra features is NordVPN. With NordVPN, streaming on these alternatives to Putlocker will be safe and private.

123Movies is a widely popular alternative to Putlocker, and for good reason. It hosts an enormous collection of movies and TV shows. In fact, it has one of the largest libraries on the internet.

It’s not just movies and TV shows available for streaming. 123Movies also has a very extensive collection of anime and cartoons. It does not actually host any of the content it provides.

Content is subdivided into various categories, and you can search out what you want according to country, alphabetical order, genre, type of content, and year of release. It has ads, but they are not as intrusive as in many other sites.

Registration is not mandatory to stream on 123Movies.

Tubi has been around since 2014, and it has consistently stayed one of the most popular free streaming websites. It was acquired by the Fox Corporation in 2020. With a collection of over 20,000 movies and TV shows to choose from, Tubi is completely legal.

There is a catch, of course. Tubi is ad-supported, and there will be breaks at intervals for ads, which pay for the content. But it is a safe service, and there are no dubious links. And there are no pop-up ads.

PopcornFlix may only exclusive to movies, but it excels at it. On PopcornFlix, users are offered a huge library of all kinds of movies, including comedy, romance, horror, family, action/thrillers, and drama. There are also several documentaries.

They don’t have to be just the popular titles, either. On PopcornFlix, you can find old and obscure movies that may be difficult to find elsewhere, as well as cult classics. All movies are available in their original languages.

To make it easier to select movies, there is an extensive range of categories. Registration is not required to stream.

Hugely popular, Fmovies is another great alternative for Putlocker. Fmovies offers a ton of movies and TV shows for streaming, free. It is renowned for the speed that the latest movies and shows are uploaded after they are released.

The content on Fmovies is categorized according to the date of release, genre, country and the most-watched on the site. There is also an effective search feature.

Fmovies’ user interface is minimalistic and modern. The site is run by ads, but they are not intrusive and annoying.

The movies and TV shows available on Los Movies are sorted according to date added, release date, movie rating, etc. You can also see what movies are trending, and which have been watched the most. There is also a search feature to locate the content you want easier.

Los Movies is run by ads, and unfortunately, they are of the annoying kind. A misplaced click can have several pop-up ads springing up on you.

GoMovies comes with a minimalistic and modern design, which makes navigating the website easy. It has two different homepage layouts; which it lets you choose from.

The collection of movies on GoMovies is extensive, and they are grouped into various categories. There are lists for the most-watched movies, trending movies, and movies ranked by their IMDb scores.

SolarMovie is not hugely popular, but that does not stop it from being one of the best Putlocker alternatives out there. It offers movies and TV shows in several genres.

The user interface is simple and quite polished, making it easy on the eyes. Movies and TV shows are categorized by rating, trending, country, and the most-watched.

SolarMovie does not require users to register to stream. If you register though, you can make requests and create movie lists of your favorite movies.

AZMovies does not host the movies it offers but provides third-party links to stream them. It has an extensive catalog, and users can stream as well as download movies from the site.

The movies are categorized by date of release, popularity, and ranking. On the homepage, you can access new movies and “just added” lists.

Crackle is the destination for Hollywood movies of several genres, including crime, action, comedy, horror, and sci-fi. It is owned by Chicken Soup for the Soul Entertainment.

If you are a Netflix or HBO Go customer, then you will notice the similarities in the user interface. It is quite simple and intuitive. The content available is sorted out according to genres, most popular, and featured.

You can create your own personal Watchlists. The Watchlist keeps tracks of the movies and shows you want to watch.

Users can choose to watch movies on Primewire in three different video qualities – low, medium, or high. This makes it a great option for movie lovers with limited data or bandwidth.

While it does not have the most modern of interfaces, the site has an extensive library of movies. You can find classics, popular titles, as well as old or obscure movies.

Primewire has no ads.

How Safe Are Free Streaming Sites?

Short answer, not very safe. On a whole, free streaming sites are a hotbed for cyber-nasties. Some may be set up by hackers to harvest your personal information, and there is always a chance of downloading malware like viruses, Trojans, and keyloggers. Additionally, streamers are liable to fall foul of copyright licensing regulations.

Some websites are more than others, and actively put safety measures in place. These Putlocker alternatives all do. In spite of that, there is no guarantee that these measures will be adequate.

To completely insulate yourself and your device from these dangerous issues, you must utilize a VPN before attempting to stream on these platforms. VPNs create a safe and anonymous tunnel through which your traffic is routed. This keeps you undetected by hackers and scammers. It also protects your device from malware and keeps you free from government scrutiny.

These are the VPN services that VPNJedi recommends for accessing and streaming on the top Putlocker alternatives.

NordVPN comes with a huge network of over 5,500 servers in over 60 countries, with a lot of those servers located in the United States. It combines intensely fast speeds with an arsenal of powerful security features to ensure that you are able to stream with peace of mind.

With NordVPN, accessing geo-blocked content is a piece of cake. You can use it to unblock and access a host of premium streaming providers like Netflix, Amazon Prime Video, BBC iPlayer, and Disney+. Its SmartPlay feature automatically connects you to a server-based in the country of the blocked content you want to stream.

In terms of security and privacy, you are backed by a military-grade AES 256-bit encryption to secure your data, a strict no-logs policy, and an automatic kill switch. There’s also IPv6/DNS leak protection. Annoying and intrusive pop-up ads are easily blocked by its ad-blocking feature.

NordVPN is based in Panama and falls outside of the jurisdiction of the 5/9/14 Eyes Alliance.

A single subscription will allow you to connect up to 6 devices simultaneously. New users are eligible for a 30-day money-back guarantee, to try it out risk-free.

ExpressVPN is headquartered in the British Virgin Islands. As the name suggests, it is a VPN service that prioritizes speed. It operates 3000+ servers in 160 locations across 94 countries around the world and is excellent for streaming.

I tested ExpressVPN on premium streaming platforms and it unblocked geo-blocks on several platforms. Netflix, Amazon Prime, BBC iPlayer, HBO GO, etc. were streamed at high speeds with zero lags. It comes with a MediaStreamer feature that allows users to stream on to devices like smart televisions and game consoles which ordinarily have no VPN support.

But speed is not all that ExpressVPN excels at. It features AES 256-bit data encryption with an automatic kill switch. It also has a strict zero-lag policy. DNS leak protection and split tunneling round up a well-stocked security arsenal.

ExpressVPN runs entirely on RAM. As a result, all the data on its servers are deleted every time there is a reboot. It comes with its own TrustedServer feature, which ensures that the software on all of its servers stays updated and hence, secure.

To test out ExpressVPN, you can take advantage of its 30-day money-back guarantee.