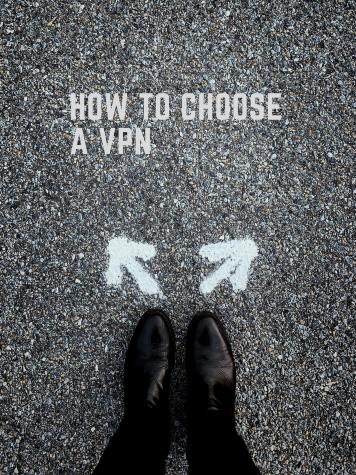 Internet privacy and security is a very mainstream topic these days. No longer do people want to leave their privacy to chance. With increased scrutiny being directed at big tech companies and their thirst for users’ data, there has been an unprecedented collective effort to keep internet activity away from their grubby reach.

Enter the Virtual Private Network or VPN. VPNs are more popular now than ever, and there have been a ton of downloads lately. What is a VPN? And how do you choose that a VPN will guarantee you complete anonymity? Even if you’re not a complete newbie, how do you choose a VPN that will be the right fit for your needs?

A VPN is a private network that protects your activities and data while connected to the internet. VPNs protect a secure tunnel for your internet connection. When your data travels through that tunnel to another network, it is encrypted and rendered ineligible to any potential snoopers.

VPNs allow you to surf the internet securely and privately. You can browse, download, stream content, play games online, and carry out P2P activities secure in the knowledge that you are shielded from a host of cyber nasties. It also allows bypass Government censorships in countries that restrict internet freedom.

Before making a choice on a VPN that is tailored to your needs, it is important to understand that VPNs are not created equal. Some VPNs may offer strengths in various areas and weaknesses in others. Some are poor overall, while some others stand tall in most relevant criteria.

I have undertaken some pretty extensive research into VPNs, and these are the metrics that should be considered before making a choice. For a VPN that ticks all the boxes, you should hop on NordVPN.

Metrics to Consider in Choosing a VPN

Security and privacy are undoubtedly the most essential criteria for picking the right VPN to subscribe to. The VPN service you choose must first and foremost ensure that your data is safe, and your online activities stay private.

Top of the line VPN providers uses AES 256-bit encryption to secure your data. Data encryption scrambles your data so that it can only be accessed by you. If there are any potential snoopers or interceptors like hackers, scammers, your ISP, or Government authorities, your data will appear intelligible to them.

The best VPNs also help protect your device from malware like viruses, Trojans, ransomware, and keyloggers. While a VPN may not directly stop malware from getting directly block malware from getting downloaded if you click a malicious link, the best offer features that warn you. NordVPN’s Cybersec feature for example blocks websites that are known to contain malware. For best protection against malware, you should use a VPN alongside an antivirus.

VPNs also offer other security features like the automatic kill switch. A kill switch is the point of defense when your VPN encounters an unplanned downtime. When your connection is interrupted, there is a possibility that your data gets exposed or leaked. Kill switches prevent that by automatically disconnecting your device from the internet until the connection is restored.

In the same vein, the very best VPN providers enforce a strict no-logs policy. This is related to the need to keep the history activities private and away from third parties like ad companies, ISPs, and the Government. Logs that are not stored on the VPN’s servers cannot be handed over if demanded. They also cannot be sold for profit.

Many VPNs claim to keep zero logs, while not strictly sticking to this policy. They may continue to store some form of logs in their servers for various reasons. The most transparent providers carry out independent audits of their systems to prove the validity of their claims.

There are a host of other advanced and extra security features like DNS/IPv6 leak protection, obfuscation, Double VPN, Stealth VPN, and Tor Over VPN. The VPN you eventually choose must come packed with some of them.

By principle, all VPNs will somewhat slow down your internet speed. This is a side effect of the task the VPN carries out – encrypting data and routing it through a private server to its eventual destination. The extent to which your speed is affected depends on the VPN and its infrastructures. Top VPNs make sure that the disparity in speeds is barely noticeable.

There is a combination of factors that contribute to the speed you can access when using a VPN. One of these is the number of servers that the VPN has in its network. VPNs with a large network of servers are more likely to offer blazing fast speeds than those with only a few servers.

Your distance to the server you are connected to may influence how fast your speed is. If you live in New York, you are more likely to experience faster speeds on a server located in the US than one based in Russia.

Furthermore, some security and privacy features may cause a drop in speed. Double VPN is an advanced feature that routes your internet traffic through not just one VPN server, but two. Expectedly, this grants you an extra layer of protection, but it comes at the extent of your connection speed.

That being said, there are VPNs that consistently guarantee lightning-fast connection speeds. ExpressVPN finds itself on top of most rankings of the fastest VPN services.

Pricing is a factor that cannot be entirely ignored when choosing a VPN service. Operating a VPN service costs a lot of money, and this is reflected in the pricing that some VPNs place on their services.

If you are restrained by financial considerations, it is important to pick a VPN that offers pocket-friendly pricing without compromising on quality. This is not the easiest task. You may be tempted to settle for a free VPN or one with dirt-cheap pricing. This is generally not a good idea. VPNs must make money somehow, and with free VPNs, this usually comes at the expense of your data privacy.

Surfshark is the very best cheap VPN. For the finest combination of cheap prices and top-notch VPN features, you cannot go wrong with Surfshark. Its premium plan starts at an incredible $2.49/mo.

A VPN’s fit for streaming content is a function of different factors. One of these factors is the VPN’s speed. Experiencing lagging and buffering while streaming can get frustrating really quickly. And that’s why the fastest VPNs like ExpressVPN and NordVPN are great for streaming.

It is also important that you are offered unlimited bandwidth. Imagine binge-watching your favorite TV show and getting disconnected due to throttling. Not fun.

You may want to choose a VPN that unblocks access to libraries on premium streaming platforms like Netflix, Amazon Prime Video, Hulu, BBC iPlayer, and HBO Max.

Torrenting helps users distribute content like videos, software, games, and books. But it has earned somewhat of a negative reputation. As a result, many ISPs try to discourage users from it. In fact, it is sometimes outrightly blocked or banned in some countries. Your ISP may throttle your internet speed if it detects that you are on a torrent site.

In addition, torrenting is not the safest of internet activities. Torrent sites and clients are usually a hotbed of cyber threats, and it is easy to get attacked by data thieves and malware.

Considering these risks, you should always torrent using a VPN. A VPN will secure your IP address, hiding your location and keeping your activity private. Your data gets encrypted, keeping it safe from parties seeking to intercept it. A VPN also protects your download speeds, preventing your ISP from throttling your speed.

CyberGhost is a fantastic VPN for torrenting. It keeps no logs and has a reliable kill switch. It even comes with a Torrent Anonymously button. This feature automatically connects you to a torrent-optimized server.

It is not terribly difficult to configure and use a VPN. Most VPNs have helpful knowledge bases with articles and video tutorials and walk-throughs. But these resources are ultimately limited.

You want to be able to reach an agent representing your VPN as soon as you encounter any difficulties that you cannot handle. There may also be inquiries that are not available online. In these situations, it is helpful if your VPN has effective and efficient customer support that is easy to contact.

The best VPN providers have customer support that is available 24/7 and reachable through multiple channels. Phone support, emails, ticketing, and live chats are methods the VPN you choose should have listed, to help deal with any difficulties.

This is a credible measure of the value for money you may get from a VPN. The vast majority of premium VPNs allow users to connect multiple devices at the same time on one subscription. This saves money, as you can keep more than one device protected when connected to the internet without paying for more.

Some VPNs are generous with the number of connections you are allowed to connect simultaneously. Surfshark is chief among these. You can connect an unlimited number of devices to your VPN on one Surfshark account. This is awesome for huge households. Private Internet Access also stands out, allowing up to 10 simultaneous connections.

VPNs are basically essential nowadays, but they are not all on the same level. The VPN you choose eventually should be tailored to your needs and must perform strongly in certain metrics or criteria.

The metrics discussed above should form the criteria for your decision. You may want to get on NordVPN which is the best overall VPN, and ticks all the right checkboxes.