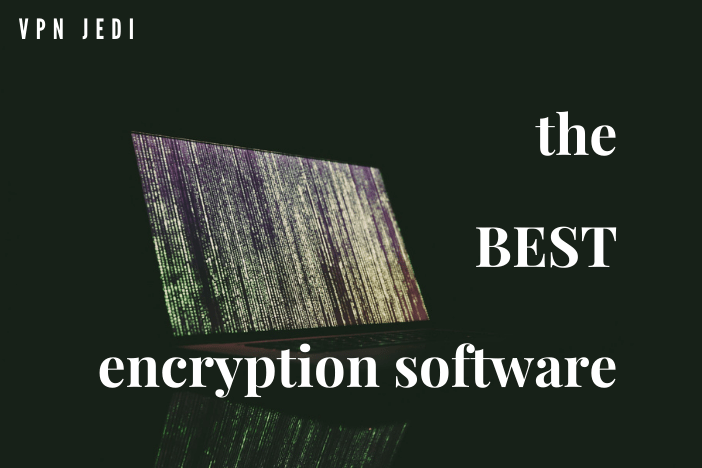 With technology evolving at its current pace, it is becoming more important now than ever to employ surefire methods in keeping our data safe. Traditional anti-virus applications are great, but they are not a hundred percent infallible.

Encryption is a technique that involves scrambling data in a way that only authorized parties can understand the information. It takes readable data and alters it, using a complex logical process or ciphers, so that it effectively appears random to any third parties without authorization to view the data.

When a data file is encrypted using encryption software, the file is scrambled using a random string of numbers or bits which must be again used to unscramble or decrypt the file for viewing in plaintext. These encryption keys are designed with algorithms to ensure that they are all entirely unique and unpredictable.

Encryption has many applications and is essential for cyber-security to protect the data that entities want private. It can be used to send data over the internet, for example, with much more security guaranteed than if it remained unencrypted. Furthermore, it can be used to store data in storage units like flash drives and hard drives to keep the data safe from any third-parties.

The alternative is using regular passwords, which can more easily be bypassed to access your data. In spite of how complex the process in the background sounds, encryption software is pretty easy to make use of.

Encryption software is important for ensuring the safety of your files and folders from hackers, data thieves, and other privacy intrusions. The potential cost of having sensitive files and records exposed is even heavier for companies, businesses, and government agencies.

With cloud storage becoming mainstream, the need for encryption software is rising steadily. Data stored in the cloud may be encrypted when sent there, but they do not always remain so while in storage.

The risk of hackers and data thieves slipping past flimsy passwords to access sensitive information or media remains, and these can be stolen without you even being aware of it.

Encryption software protects data stored in all forms of storage units. You can encrypt cloud storage, individual files, folders, volumes, or disk partitions in your computer and other devices.

The encryption software recommended below will serve to protect your data with just a few clicks, whether it is being saved or being shared. The choice you make will depend on a variety of factors, including the type of device you use, your device platform, and your use for it.

From the stables of the makers of one of the most popular and reputable VPNs (NordVPN) comes the number one pick of this list, NordLocker. NordVPN is widely regarded as the best VPN service in the market, but what about NordLocker?

Well, it comes packing a punch. NordLocker offers a user-friendly and intuitive interface, which syncs across all the devices you use it on. It is not complicated to use at all. To encrypt your files, you drag and drop them on the NordLocker window or select them through the File Explorer or Finder.

It offers AES 256-bit and 4096-bit RSA encryption, two of the most advanced data encryption types available. There is no two-factor authentication feature available, though.

NordLocker works on Windows and macOS.

7-Zip is more popular for being a data compression tool and is generally used for zipping and unzipping files. It has a lesser-known function, though, which is to encrypt files.

7zip is an open-source program and is peer-reviewed by developers all over the world. This makes it an alternative to proprietary software like some of the others on this list. It is also entirely free of charge, and so it is easily accessible.

There are different options available to you when you use 7-Zip for encryption. When encrypting a file for sharing, it is possible to keep the file encrypted right until it reaches the recipient. Furthermore, a recipient does not have to use 7-Zip to decrypt a received file.

7-Zip makes use of AES 256-bit encryption, which is the most secure and widely used encryption method. It uses its own archive file format .7z for file encryption can archive and extract files from other formats.

CertainSafe is a highly effective encryption software that is cloud-based. For security-conscious individuals and companies that primarily work with the cloud, it provides a much more secure alternative to such options as Dropbox, Google Cloud, and OneDrive.

Like other cloud storage services, you can store and share your private and sensitive documents, photos, videos, and files, but you can also send and receive messages. As would be expected, this feature is protected by end-to-end encryption. You can also hand out access keys to your files for others to view and/or use.

CertainSafe offers a time limited free trial after which you must upgrade to its premium plan.

BitLocker is ubiquitous in PCs because it is Microsoft-owned and is built into the latest Windows OS, Windows 10. It is a full-disk encryption tool and protects your hard disk against unauthorized intrusions. BitLocker can also be used to encrypt files on flash drives and external hard disks.

It uses AES 128 and AES 256-bit encryption to protect your data. There are multifactor authentication options, and you are allowed to use regular pins and passwords, which would prove a difficult nut to crack for hackers and data thieves.

It is important to note that there are reports, although unsubstantiated, that Microsoft has created a secret loophole to access data. Apparently, this loophole can be used by snooping government agencies. While not confirmed, you should have that in mind.

If you are looking for high-end encryption services, and for free too, then VeraCrypt is the option to go for. It is an open-source program and is peer-reviewed by other developers. It has an option to upgrade to the premium plan, which comes with a bunch of extra features.

VeraCrypt makes use of bank-level AES encryption. Encrypted volumes can be hidden within other volumes, to provide an extra level of security. It is immune to brute-force attacks, so you can be sure that your data is safe from hackers and intruders.

It is available on Windows, Linux and OS X.

Boxcryptor is another cloud-based encryption solution. It provides end-to-end encryption for your sensitive data on a host of cloud services like Dropbox, Microsoft OneDrive, and Google Drive. In fact, it supports most of the cloud storage providers.

It uses a combination of AES 256-bit encryption and RSA encryption. It is designed after the zero-knowledge paradigm. What that means is that not even Boxcryptor can access your encrypted data.

The free version of the app allows you to sync across two devices. It also comes with two-factor verification. Upgrading to any of Boxcryptor’s premium plans brings advanced and extra features like filename encryption, unlimited number of devices, and group management.

Boxcryptor is available on Windows, macOS, Android, and iOS.

AxCrypt is another reliable open-source option that gives you the tools to encrypt and protect your files. It runs a very limited free version, so you probably want to check out their premium version instead.

It is very fast and efficient, allowing you to encrypt one file, one folder, or large groups of files simultaneously to save time. The files encrypted for sharing can be encrypted for a specific period of time or can be set to auto-encrypt once they get to the recipient. It can also protect files that are saved on storage devices such as Dropbox or Google Drive.

In terms of the cipher, you can choose between AES 128-bit and AES 256-bit encryption. Either option will stop intruders in their tracks.

It is available in Windows and OS X.

Encryption keeps your data safe and secure, scrambling them to make them intelligible to thieves, hackers and prying eyes. This list counts down the very best options available, some of which are entirely free to use.

But what about your online presence? For that, you need a VPN. Why don’t you browse through our website for the best recommendations? You’ll also get a lot of tutorials, tips and guides, which you will find useful, I guarantee it.